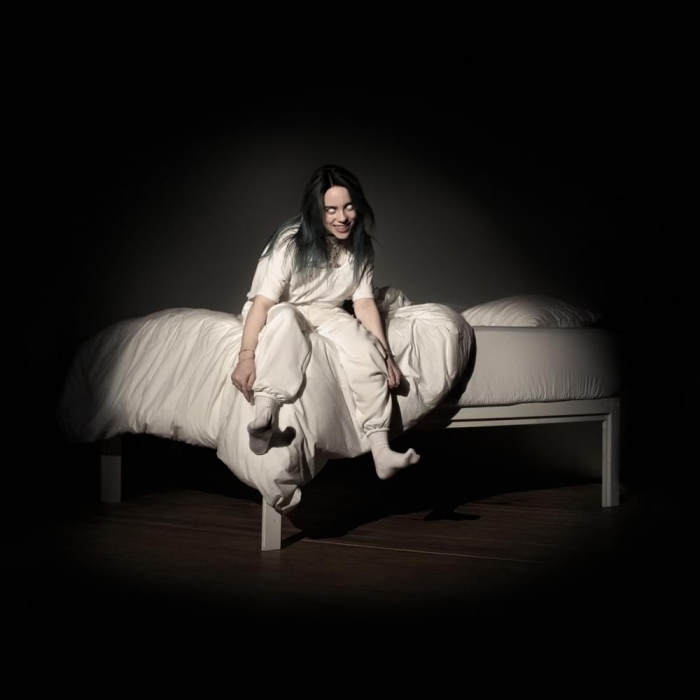 Titel: WHEN WE ALL FALL ASLEEP, WHERE DO WE GO?
Künstler: Billie Eilish
Genre: Pop
Veröffentlicht: 2019

By March 21, 2019, the album had been pre-added 800,000 times on Apple Music, the most of any album to date. Following its release, the album debuted at the top of the charts of Australia, Austria, Flanders, Canada, Ireland, the Netherlands, New Zealand, Norway, Scotland, Sweden, Switzerland, the United Kingdom and the United States.

Background
On March 20, 2018, Eilish confirmed that she was working on an album and that it would be released towards the end of the year. In July 2018, during an interview with BBC Radio 1, she announced that the album is expected to be out on March 29, 2019. On January 14, 2019, it was reported that Eilish was in the process of mastering the album. On January 29, she formally announced the album's title and revealed its cover art on her Instagram. She simultaneously teased a new single, "Bury a Friend", which was released the following day along with album pre-order.

Promotion
To promote the album, Eilish will embark on the When We All Fall Asleep, World Tour, scheduled to begin on April 24, 2019.

When We All Fall Asleep, Where Do We Go? received critical acclaim reviews from music critics. At Metacritic, which assigns a weighted mean rating out of 100 to reviews from mainstream publications, the album received a score of 81, based on 18 reviews, indicating "universal acclaim".

Commercial performance
When We All Fall Asleep, Where Do We Go? debuted at number one on the US Billboard 200 with the third-largest streaming numbers for an album by a female artist, with 313,000 album-equivalent units (including 170,000 pure album sales, the second-largest sales week for an album in 2019).